Since I started this blog.....each and everyday I keep thinking about what I can write....what I can cook and blog about. It has become so much a part of my daily life that I cannot imagine ....not blogging!

But due to personal and health reasons....I am going to take this much needed break. I am going to give myself enough time to relax, recuperate and come back with all the Enthusiasm....Ideas.....Thoughts ....and ofcourse more Delicious food!!!

All you friends out there, who visit my blog.....I really appreciate your interest! You are the ones that motivate me to keep going!!!

I will let you all know..when I am ready to come back....and then we can start this journey together again!!! 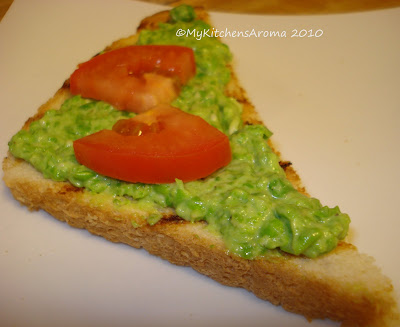 Last month during Christmas sales, 'M' bought me this Solid Cast Iron Grilling Pan that I wanted for quite sometime. I was so excited!!! Before he got me the pan, I kept thinking about all the recipes I could cook in the pan with those amazing 'grill' marks! But after getting the pan....I kept postponing its 'opening' to cook something special in the pan.
Finally yesterday, it occured to me .....I SHOULD open the pan today!!!
My New Grill Pan: 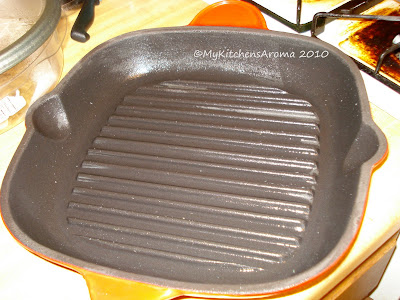 Coincidently ....I was watching 'Food Network' with my afternoon tea, and saw Giada make this really simple but tempting Appetizers- Crostini with Green Peas Pesto. Tadah!!! I had a recipe to cook in my Grill Pan!!
I pretty much followed her recipe with few changes here and there.
Original Recipe can be found here:
http://www.foodnetwork.com/recipes/giada-de-laurentiis/pea-pesto-crostini-recipe/index.html
I just had plain white sandwich bread which I cut up into triangles to make the Crostini, instead of the Ciabatta bread mentioned in the recipe. And the tomatoes I used were 'Roma Plum Tomatoes' ..coz..I did not have any cherry tomatoes on hand.
My pan gave beautifull grill marks on the bread and made perfect CRUNCHYYY Crostinis! 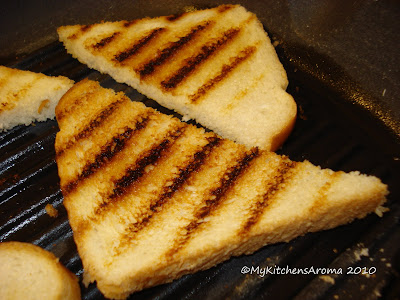 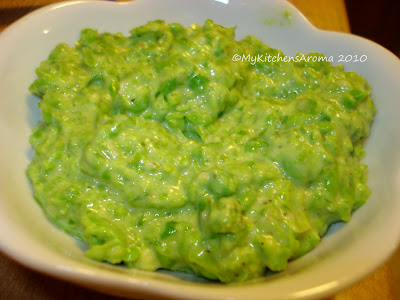 I hadn't tried this one before , but it tasted pretty good. It was little sweet from the peas, salty and nutty from Parmesan cheese and had hint of garlic.Couldn't imagine at first, how a puree of peas would taste like, but did not taste bad at all!! Only thing I would change next time was to add little 'heat'....may be red pepper flakes...
Pea Pesto Crostini: Perfect Appetizer for Parties Or just a Yummy Snack
Everything can be done in advance...crostinis, pesto,cutting tomatoes.The guests can assemble the crostinis by themselves or you could assemble just before the party.Looks Great...Tastes great! 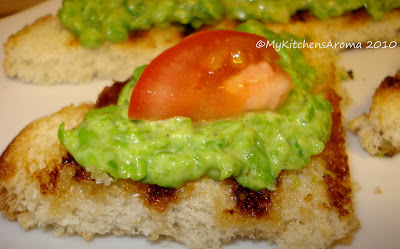 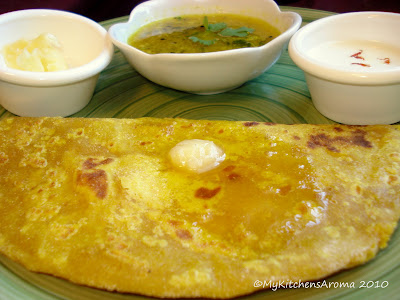 Since 'Makar Sankranti' was last week, I had made big plans to make TilGul (Sesame sweets) and the typical dish for Sankranti  i.e. GulPoli or Puran Poli. I am actually not a big fan of Gul Poli and to tell the truth haven't tried making it yet. So my goal was to make Puran poli for Sankranti.
After making the tilgul, I had hardly any energy left to make this- time consuming novelty.So postponed it untill the weekend....with the hope that 'M' can take care of 'E' and give me ample time in the kitchen.
The Puran Polis came out delicious, nice and soft, moist on inside (how I prefer, rather than the dry powdery Puran) and we ...including 'E' ate till our hearts content!!!
The Puran Polis are typically eaten in Maharashtra with lots of ghee, milk (either saffron flavored or plain or sometimes coconut milk even) and a 'Special dal' called 'Katachi aamti'. This dal is made from the left over dal stock, left after boling the Chana Dal for Puran. The flavor combination of Puran Poli along with this dal and the 'aroma' of this meal is just very festive and heavenly...instantly it brings you  back to your home in India..... 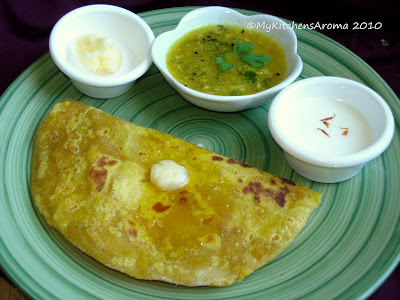 Method:
1) Pressure cook soaked chana dal till well cooked. Drain all the water and keep aside for 'Katachi aamti'.
2) Mash the dal well in a 'Puran machine' or blender.No lumps to be seen.
3) Heat 1tsp ghee in non stick pan.Add the chana dal paste, jaggery, sugar, spices and cook while stirring continously.The mixture will felt become loose due to melting sugar and then start to come together.Come till the mixture is consistency of 'Mashed potato' .Do not let it dry out. 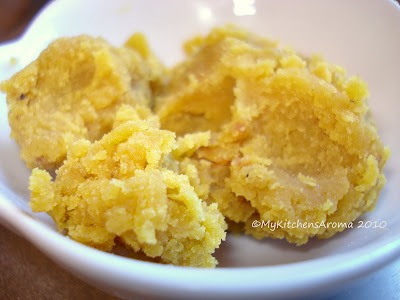 4) After it cools, make lemon size balls of the 'Puran' and also the wheat dough.
5) Roll out the dough and then place the puran in the center.Close from all sides. 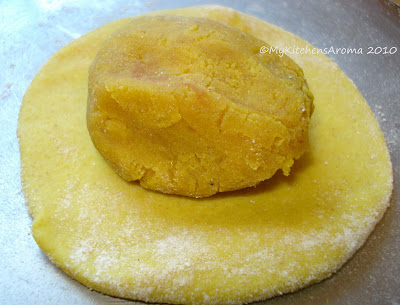 6) Roll out the dough into thick 'Poli'...kind of like 'Aloo paratha.
7) Roast on warm skillet with drizzle of oil. Roast on both sides. 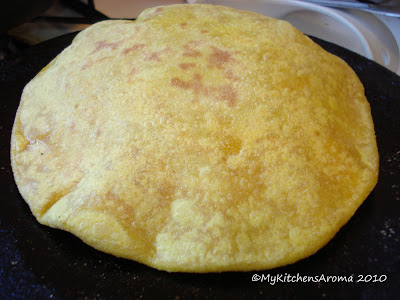 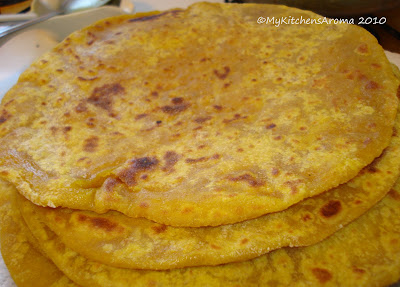